Spain for the outdoor lover: hikes and rural tourism + ramblings of an American Expat

premieres tonight in USA. Here in Spain we have 24 more hours to wait… The show is so geographically diverse (which can’t be said for race), it’s no wonder they filmed the Fire & Ice season all around Spain.. Much like California, the Iberian Peninsula has always felt to me so much like home  and living in “the pueblo“, we have the mountains, forests, coasts and deserts, all within a short driving distance from casa. Season 7 offers even greater geographic diversity, and includes one of the most unreal & picturesque coastline castle-chapels ever, San Juan de Gatzelugatxe in the north, just northeast of Bilbao.

But alas, here’s a GOT themed post, from a mini trip to las Bárdenes Realse that we took last year.

It’s an Instagrammer’s paradise — especially at sunset — with it’s vast cracked landscape of sandstone, clay & gypsum towers and ridges, popping up in every direction, in desert like hues of red, white & beige. Ravines, canyons and plateau-like formations called “cabuzos” which are tabular in shape have been formed by water and wind. It’s seriously Mother Nature at her finest. I felt like I was in Nevada, or California even, and yet again reaffirmed my love for Spanish topography. You’ll recognize instantly that it was the backdrop for the march through the Dothraki Sea in season 6. And when it’s not being exploited in the most economically extravagant TV show ever made, it continues to be a Natural Park and UNESCO Biosphere Reserve (!!!) & backdrop for mountain bikers, bird lovers & hikers. Also worth mentioning that there’s a fenced off area in the middle of the park that is the largest military zone in Western Europe. The park is situated between the Rivers Ebro & Aragón, and covers about 100,000 acres in the province of Navarra, practically on the border with Aragón. 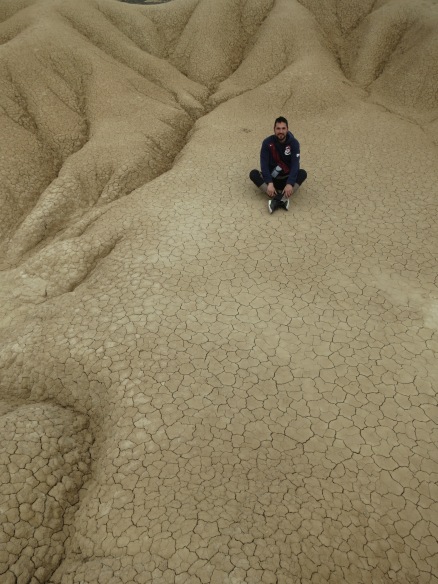 We will undoubtedly return, hopefully next time stopping by Caídas de la Negra which also dotes some epic hiking and biking trails with similar geographical features as Las Bárdenes.

On our drive home we stopped in Borja which is a typically adorable little countryside village once famed for its wine, now famed for the restoration attempt (claimed as failed by strict critics) of a 1930 fresco painting of Jesus wearing a crown of thorns. Cute little Cecilia Giménez, an 80 year old parishioner took it into her own hands to restore Ecce Homo painting, which now draws thousands of tourists a year to go have a looksy (Thanks, Conan O’Brien). Anyways, who wore it better? You be the judge. 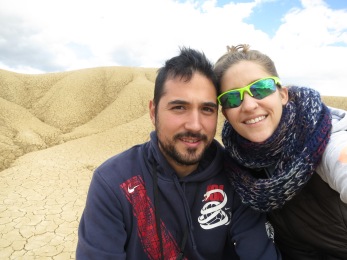 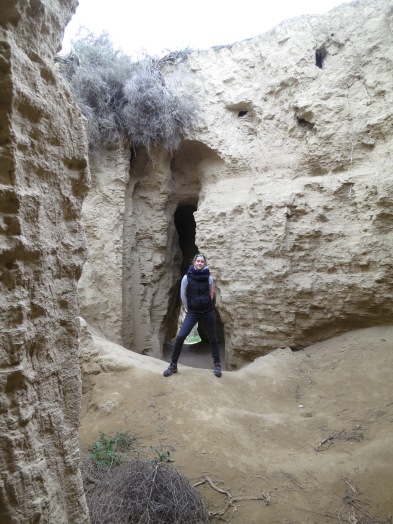 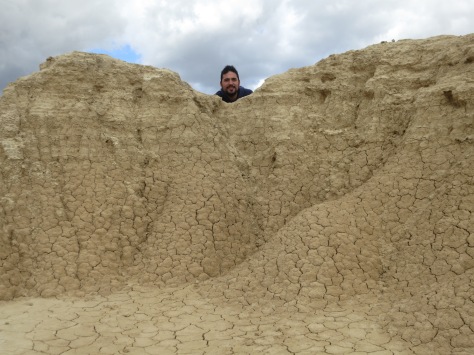 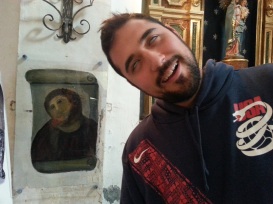 Who wore it better?

Who wore it better? 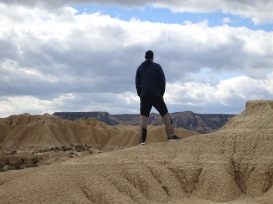 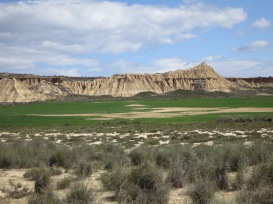 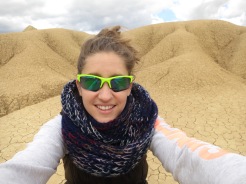 I’m Karlita. Born in California. Going on a decade in Spain with my fave adventure buddy, hittin the road and bagging summits.