Spain for the outdoor lover: hikes and rural tourism + ramblings of an American Expat

I’m a California native and I grew up near the Sierra Nevada Range where lives the noble Mount Whitney. Her peak stands tallest in the contiguous US, reaching 4421 meters (14505 feet). This is 700 and 1000 meters higher than the tallest peaks in Spain.

When I first started mountain climbing in Spain, I couldn’t understand how these peaks felt just as tall as the 14ers and 13ers in California. Science doesn’t lie so I couldn’t argue altitudes, but my body was telling a different story. After summiting some of my first 2700, 2800 and 2900 meter peaks, my legs were jello. I was beat. (And this still happens all the time!) 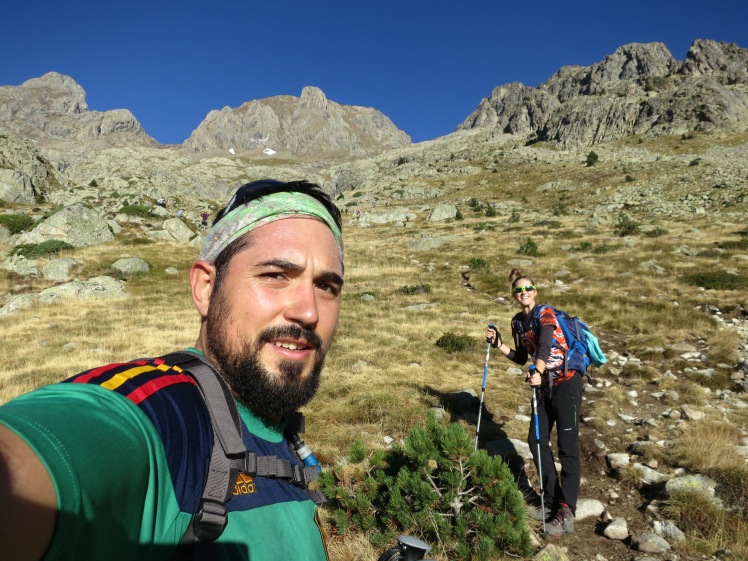 SO.. it wasn’t making sense to me. I was pretty fucking tired after climbing Half Dome, but the accumulated elevation gain is 1600 meters, only 200 less than it takes to summit Mount Whitney. Mount Whitney has always intimidated me. But most people do it in more than a day, breaking up the 1800 meters of elevation gain, into a two or three day journey up and down. Like most, we did Half Dome in a day. A full-ass-day.

It’s not until I summited my first “tresmil” or 3000er in Spain when I realized WHY it wasn’t making sense to me. I wasn’t giving credit where credit was due. ACCUMULATED ELEVATION GAIN is for real. Combine that with length of the route, technical difficulty & weather conditions and I had my answer. 13 and 14ers are unique because the air up there adds its own challenge, but so many of these tall peaks have elevation gains similar to or even less than what I’m used to over here in the Pyrenees.

Moral of the story: the tallest mountain isn’t always what takes the most merit.

Each climb, each route, each ascent and descent for that matter is its own adventure. And however far up your legs allow you to climb is just as well. GOOD ON YOU FOR LACING UP THOSE BOOTS! Climbing mountains is gratifying in every way. No matter the distance…. I want you to know…

This hike starts out of the village Baños de Panticosa in the Tena Valley. In winter this valley is overwhelmingly chaotic with ski culture taking over every mountain road, shop and bar/restaurant. It’s good for these small mountain towns, probably feeds its residents until the next winter.

Anyways, Garmo Negro is one of the recommended peaks for anyone’s first “tresmil”. It’s not as easy as they told me though. The elevation gain is 1400 meters in total, but the uphil work is evenly spread throughout the ascent. The last bit is a scramble over loose rock. TOTALLY RECOMMEND WEARING A HELMET. No ropes or harnesses are necessary. 12 km round trip. Super.

From Baños de Panticosa you can follow the cairns, but do pay attention… the paths will split at times because there are various hikes on this mountain face. Carrying a map is always a good idea.

Baños de Panticosa is the cutest little village, but it’s not cheap. It’s the typical nature getaway spot for posh tourists who have 150 euros to spare on the spa fee.. by spa I mean some pools with hot and cold water. And pretty views. Although there is a mountain refugee called “Casa de Piedra” that offers much more economic sleeping arrangements.

The downhill alternative routes all pass through extremely rocky ground. It’s uncomfortable to say the least. That is, if you hike in the summer months. Generally I’m terrified of all adventures when snow and high altitudes and steep mountain faces are involved, but I have to say, this is one of the hikes I’d happily consider doing with solid snow cover. The descent was hard on the knees with all those rocks.

And finally, we made it down. Extremely proud. I’ll never forget I was wearing my San Francisco Giants tie-dye Grateful Dead shirt because they were the wild card in the World Series that year, were supposed to win cuz (2010, 2012, 2014) but didn’t. Anyways, we met a famous, old Spanish rockstar, Manolo Garcia who was vacationing with his family in Baños de Panticosa. AND WE SUMMITED OUR FIRST 300O METER PEAK. So much celebration was had.

I’m Karlita. Born in California. Going on a decade in Spain with my fave adventure buddy, hittin the road and bagging summits.